MY BITTERSWEET EXPERIENCE IN NEPAL

I went to Nepal for the first time in 2011. With a friend named Alev who is a friend of mine, but we have not seen each other for years. We get back together at a high school Reunion.  I was very surprised to later figure out that she just bought the same flight tickets when I mentioned my Nepal plans. We have studied at the same school, but years have passed, I did not even know what kind of person she has become. People change over time although it is sometimes shocking, I have accepted the situation, starting with the thought that everything is for a reason.

Anyway, we start our journey with Alev. I reckon twice before I act for something. But Alev acts fast and without hesitating for almost anything. She is always ready to say let's do this and let’s go there. She forces me all the time to move. I actually like this new situation. I need someone to push me. She saw advertising about trekking, and she immediately jumped into it and drags me as well. I was attracted to this idea as well but I was not sure about my physical condition. I say to myself I would do it what earth would be difficult anyway. I was thinking that I had still the same body as my childhood, climbing the trees. How stupid.

I spend my usual days sitting in front of the computer all day because of my work, but Alev does yoga and she is very active. I knew nothing about yoga then. When it comes to sports, I have only walked to the market in my life. But I have the idea that I am a stronger and tougher person than I thought.

Anyway, we agreed with an agent and started our journey on Pokhara roads. Trekking would last for five days. Oh ! sad we will be in nature for five days. I wondered how to climb. I was thinking of climbing with the ropes. By the way, we planned to climb Poon Hill which is one of the most popular sports in the Himalayas elevating to 3210 meters.

Our trekking started the next morning with our guide after we stayed in Pokhara that night.  We passed through the bridges, passed by the villages. But we constantly came across ascending stairs. I convince d myself that these stairs will soon come to an end after passing these villages.

We walked for an hour, we walked for 2 hours, but the stairs did not end anyhow. I finally asked our guide, when they would end. He said it will never end!!!  What???  So will we always climb those stairs???  I'm already dead. I cannot breathe out of the stairs. Moreover, Alev and the guide are going fast constantly and I am getting more tired, trying to catch them.

Trying to capture the rare one-horned rhinoceros on camera

Our guide carries our bags by the way.  I put everything in the bags so I carry less in order to walk faster. I even gave water to the guide. I got thirsty and the guide is 300 meters away. I do not even have the power to call him. I can only say "Wateeeer" with a loud voice and of course, he does not hear me...

I swear at each step on the stairs. I discovered the curses that no one would come up with for those stairs. I'm giving up now, I cannot take another step, and suddenly a butterfly appears out of nowhere. Nepal's butterflies are huge in size and have such beautiful phosphorous colors.

I'm taking care of the butterfly and stepping forward one step at a time. It seems like the butterfly is leading me. And when I forget my tiredness, it just disappears. When I walk for a while and started to get tired and about to give up another butterfly appears. And it helps me walk the same way again. It repeated this all the way around. But I did not stop the cursing on the steps anyway. I was cursing to Annapurna too? I was cursing at Alev for not waiting for me as well. 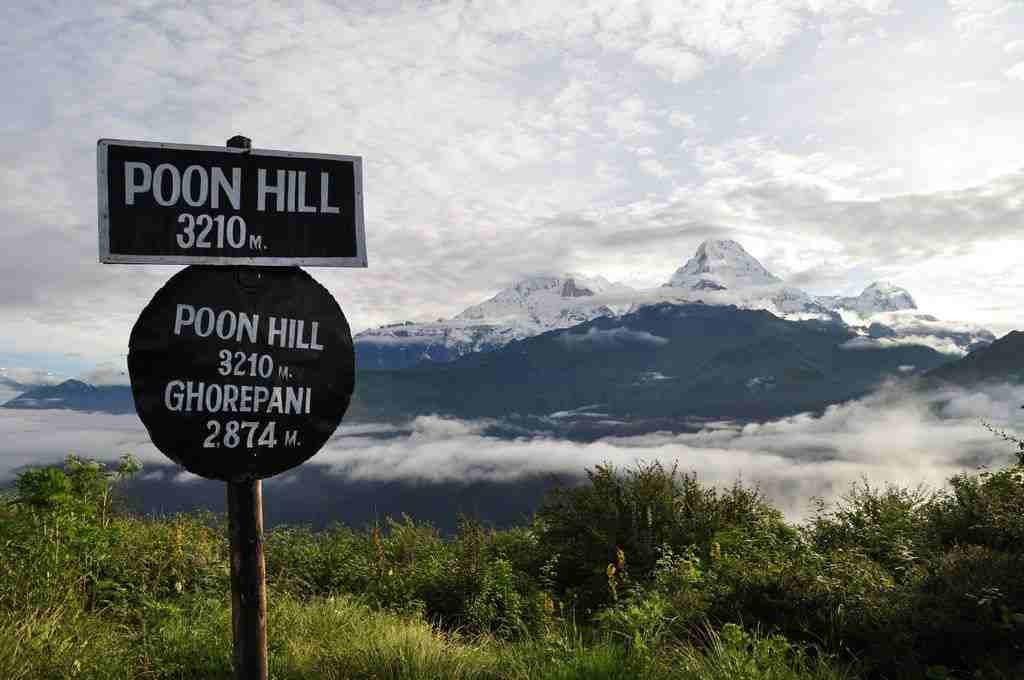 On the second day, we ran into a waterfall while still trying to walk in the same way. It was a waterfall that flowed quite low and there was a pool underneath. There were also glowing stones in this pool. I thought that I should take stones for myself and for friends.  I put my hand into the pool and made the intention to take the first stone for myself and the stone was in the shape of a heart. I said, uh, Annapurna loves me. Then I took a few more stones and I filled my waist bag with stones. But after I took that stone, I felt powerful and lighter. I ascend the stairs, like a bird. I was even surprised how on earth I got so much energy. I completed that day that way.

Everyone is seated; coffee is drinking, chatting around where we are staying that evening. I'm also looking around. At that time, something started bumping on my face I thought was a bug. While I was screaming and trying to get rid of it by hand, one of the tourists there said butterfly. I looked and it is really a butterfly and it makes a pike right to the face. When we thought about what sign this would be, our guide came to me and called me out. Come on, he said I will show you something. We went out together; there were three rainbows in the sky. I said that was the butterfly was trying to tell me. Then we got our rooms. For the stones I took, I thought we should pay back the mountain a present. What could I do, I thought to write a poem is a good idea. I sat down to write a poem, but the poem was very cheesy. I said I was tired of fatigue, and I fell asleep.

The next morning, we headed out to Poon Hill 300-400 meters above where we were before dawn. In the morning there is so little oxygen that you have difficulty breathing as you walk. We watched the sunrise from Poon Hill. And we were surrounded by the Himalayas. It was a wonderful panorama. Our guide said you are very lucky, the clouds do not close the view today, and a sky so clear is rare here. I thought this was a gift of butterflies.

I am happy that we will start descending the next day. You do not have to go up the stairs anymore. But what is it? We started to walk but we are still climbing the stairs. My happy face changed into a frown. Our guide along the way heard me only saying these words. "When is it going to end?”  "How much more do we have?"

Luckily the descending started after a couple of hours. When I was glad that I was getting down now, I started to fall down this time. I do not fall from the stairs; I fall down on the straight road. I fell down a couple of times on my right wrist. I injured my wrist and we wrap my wrist with a sock. I'm still angry at Annapurna. I already walk alone since Alev and the guide are leading in front of me. I freely started cursing again. At the moment I fall down again I just raised my hands and yelled at Annapurna “Do not you love me? I do not love you too. I will be rescued from you soon! ". Two minutes after I said that I fell again. This time into the rain waters flowing on the road. I hit my hip to a stone and I could not stand up. 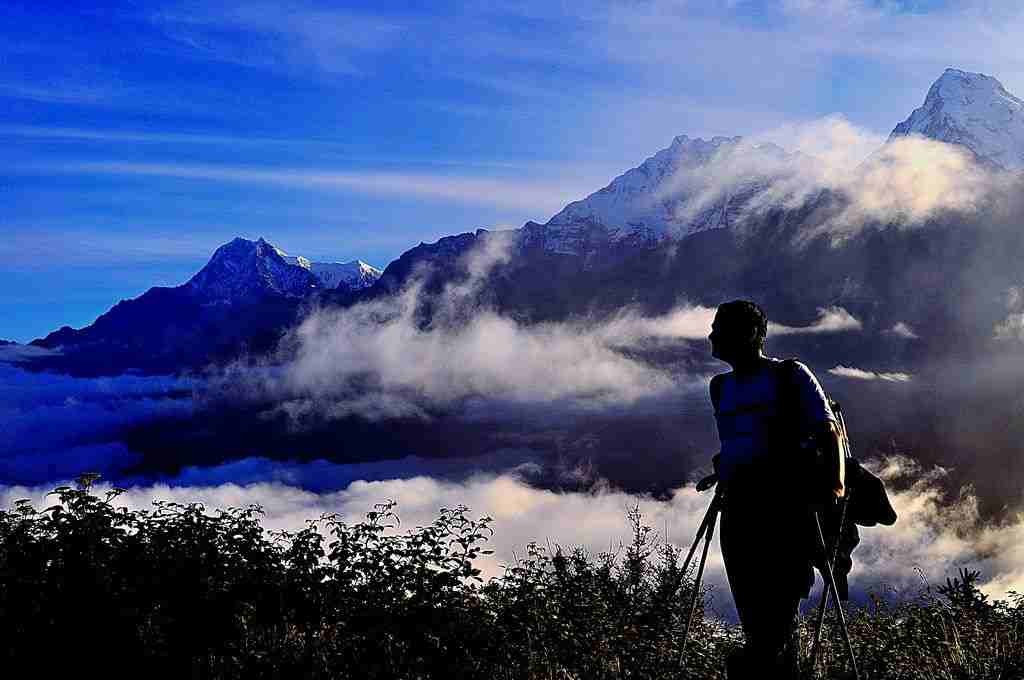 The guide came running when he saw my fall. He lifted me. Then he said, "Should I collect the beads from the water?”. I did not understand what beads were. There was a bracelet of beads I wore on my right wrist. Those broken beads were scattered in the water. This bracelet had a memory that reminded me of beautiful memories. For this reason, I was always wearing it for years. But at that moment I realized that Annapurna wanted something worthwhile as a gift. It was my bracelet. When I realized that my eyes were full of tears. I told our guide not to pick them up. When I left, I felt like leaving my memories behind. I cried along the way and never fell down again.

When we arrived at the hotel, I checked my body for damage.  Last time I fell down and hit my hip as a huge heart-shaped bruise appeared there. I smiled and said Annapurna you show your love in so many different ways, I love you too.

I made a stone necklace from the heart that costs me so much. Since then I carry it in my neck.

This story has a continuation. I will write it in the next transmission.