Every year hundreds of international as well as domestic tourists pour over Mount Everest in a quest to stand atop the highest mountain in the world. Some ascent it some don't, some make it back and some don't. Mountain is still but the weather up there is unforgiving. The quest to stand on the top of the world isn’t easy and so is the life of a sherpa.

Sherpa, the children of the Himalayas, climber, porter, and warriors fighting against all odds to protect their guests, bring them back safely and often defy death in the process. But the journey up the top of the world is getting tougher day by day. People tend to overlook the risks involved to reach the edge of the world and often pay the price - their life, for 5 minutes on the top of the world.

According to the reports by the BBC, the mountain has averaged six deaths per year for the past 20 years. However, this mountaineering season, Everest  saw death toll of more than 16 people which is substantially very high considering there weren’t any sort of major weather mishaps ason Everest in 1996; no avalanches or falling seracs, as in 2014 in the Khumbu Icefall; nor did the earthquake hit the mountain, as in 2015.

On May 23, climber Nirmal Purja tweeted a startling picture of a crowd atop Everest's Hillary Step, near the peak. The rise in deaths and subsequent news coverage on the photo suggested overcrowding was to blame for this year's death toll. Besides overcrowding, there were other factors at play. 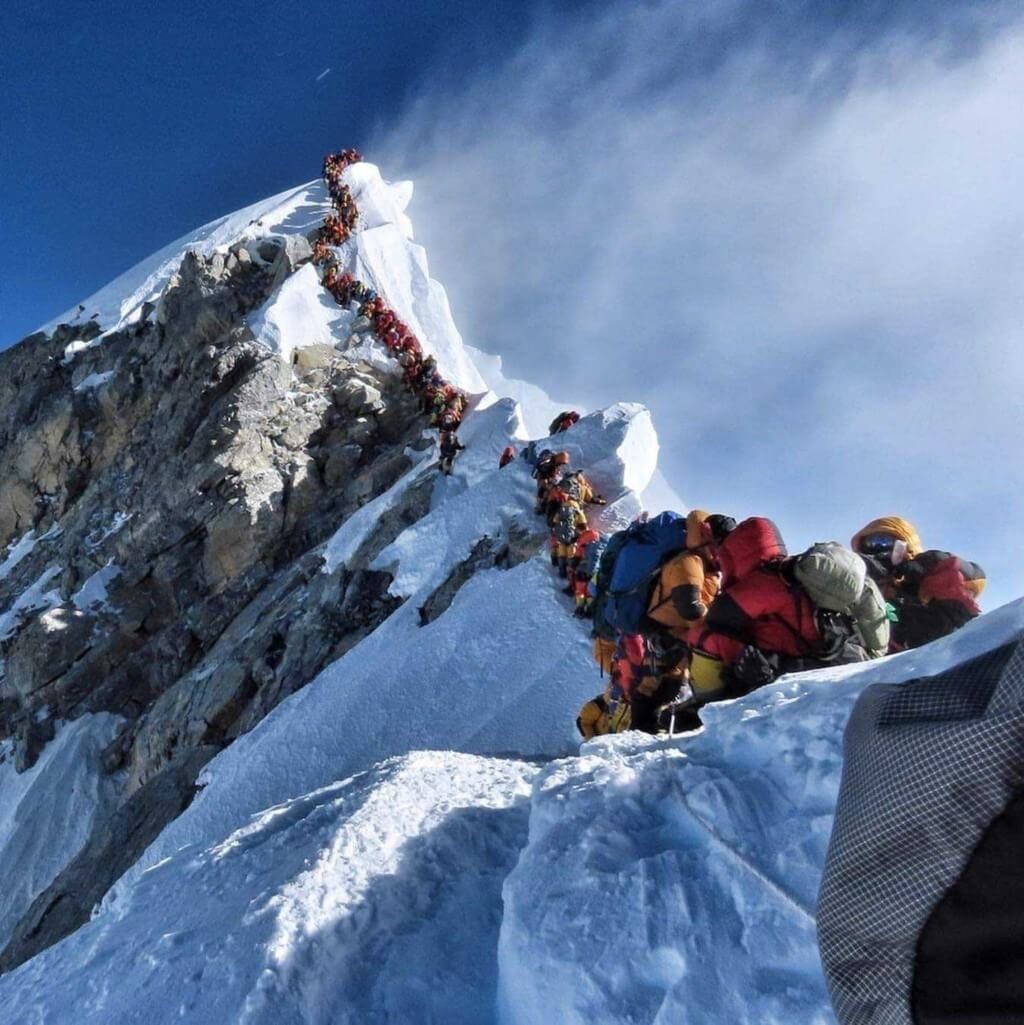 According to Caroline Gleich, a professional ski mountaineer who completed her first Everest summit this year, 2019 particularly had abnormal weather conditions which delayed the climbers from reaching the peak.

This year cyclone Fani which hit India and Bangladesh delayed climbers from reaching the peak and an early jet stream at the top of the mountain created a shortened "weather window" of just three days. Prolonged bad weather resulted in a delay in climbing the Everest and the base camp started getting crowded.

The weather wasn't the only issue.

According to Mike Hamill, founder of US-based climbing company Climbing the Seven Summits, rope fixing for this year was also delayed.

"Rope-fixing this year was a bit strange in that the ropes weren't fixed until late in the season."

Delayed preparation of mountains for the climbers prolonged the summiting period eventually accumulating a lot of eager mountaineers at the base camp. When the mountain was ready and the weather was favorable climbers poured onto the Everest creating human traffic at the peak.

Everest is a noteworthy moneymaker for the nation, and mass losses on the mountain never appear to cease the travel industry. Frequent media inclusion of disasters and passings doesn’t have much impact.

Besides, over the years the estimated high rates are continuously dropping down from being high-cost, foreign companies to low-cost, local ones. The popularity of local agencies among Indian travelers is fueling the agencies to operate with lower costs. It seems obvious as the number of Indians overtook US citizens as the largest group of climbers with permits to climb Everest this year.

Similarly, travel agencies often accept novice climbers without much experience in order to gain more cash from customers. With the expanded enthusiasm for Everest, only a few organizations restrict the number of climbers they accept on the expedition.

Too Many People, Inadequate Management

Likewise, Nepal issued a record number of 381 climbing permit this year without proper crowd management strategies. Nepal has minimal motivation toward changing mountaineering standards. With that Everest was swarmed with hundreds of experienced as well as novice climbers. In the absence of adequate management strategies, climbing this year within a limited number of days was chaotic and saw most of the deaths.

Over the years, climbing Mount Everest has been more of a record-setting endeavor than an expedition. Several not so eligible candidates summit Everest each year to set records on the back of a sherpa, oftentimes risking their lives as well as those of others accompanying them. People appraising  "individuals that should not be being" on Everest, leads to constant diminishing mindset towards risks involved in conquering the world’s highest peak. Often times, mountaineers underestimate the dangers involved on the basis of seemingly extraordinary records with a different backstory. Undermining the dangers in the mountains often puts the lives of several people at stake.

Climbers Are To Blame Too

For most of the Mountaineers, the only thing standing between the summit and them is money. Once they hand over the money most of the individuals put their confidence into a business supplier instead of themselves.

Caroline Gleich,  the professional ski mountaineer addressed the ongoing phenomenon stating,” Individuals are putting their confidence into a business supplier and staying gracious well, if something turns out badly, they'll get me out of inconvenience,' as opposed to assuming liability for themselves before they go to the mountain and putting in the diligent work that is required."

While everyone is busy blaming local networks for their inability to sort mountaineers, each and every climber must be accountable for the risk they are willing to take. Instead of relying on companies climbers should invest more in self-assessment and weight the dangers of ascending mountain against the potential advantages.

After the death toll increased in Everest dozens of reason behind the increasing number of death casualties surfaced. At the wake of it, veteran climber and mountain rescue Nirmal Purja posted a heartbreaking incident on the mountain which saw the death of two more climbers without essential help.

What can be done?

Restricting The Number Of Climbers By The Agencies

Instead of accepting each and every customer, limiting the number of interested to summit the peak can help minimize the death risks.

Swotah Travel and adventure enables only 12 climbers on excursions to Everest. As indicated by Ajay Kumar Shrestha, proprietor of Nepal-based Swotah Travel and Adventure, it's frequently most secure to take on "returning customers" or climbers " recommended by our companions or past customers from the climbing network." 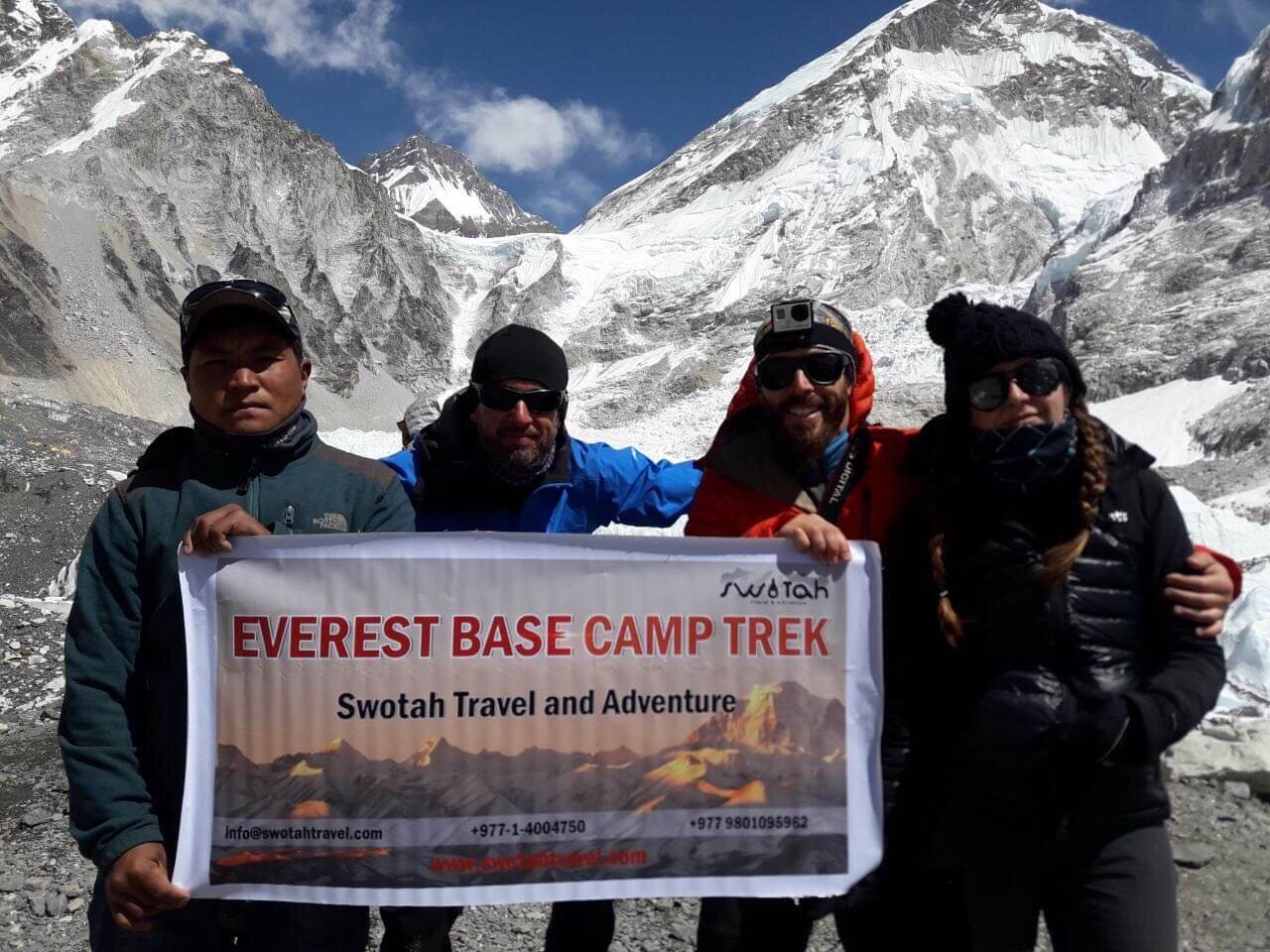 Shrestha said that his business depends on a high summit rate of somewhere in the range of 90 and 100%, so he takes just little gatherings of well-qualified climbers. His organization has just been summiting Everest for a couple of years, and he said his organization saw a 100% summit achievement rate in 2018 and 2019.

A proposition like just offering licenses to "experienced" climbers could reverse the desired outcome, as indicated by Shrestha, as an individual climber could climb up Mount Kilimanjaro or different summits effectively, however, he/she might not have the particular preparation to summit the Everest.

Another alternative to counteract congestion could be opening the mountain up in the fall. Truly, climbers summit in the spring because of better climate conditions, yet mechanical progressions in climate forecast could make summiting in the fall more feasible. However, the foundation that would take into account to the summit in different seasons does not at present exist. Given the government puts forth essential effort towards building proper foundations to summit during fall, the inflow of summiter could be balanced.

While people look for accomplishing extraordinary things, they often tend to undervalue ordinary. Journey to the top is often the grey area between an individual and the value one lives up to. Conquering the Everest is undoubtedly a great accomplishment but don’t forget human life is more valuable than five minutes on the top of the world.