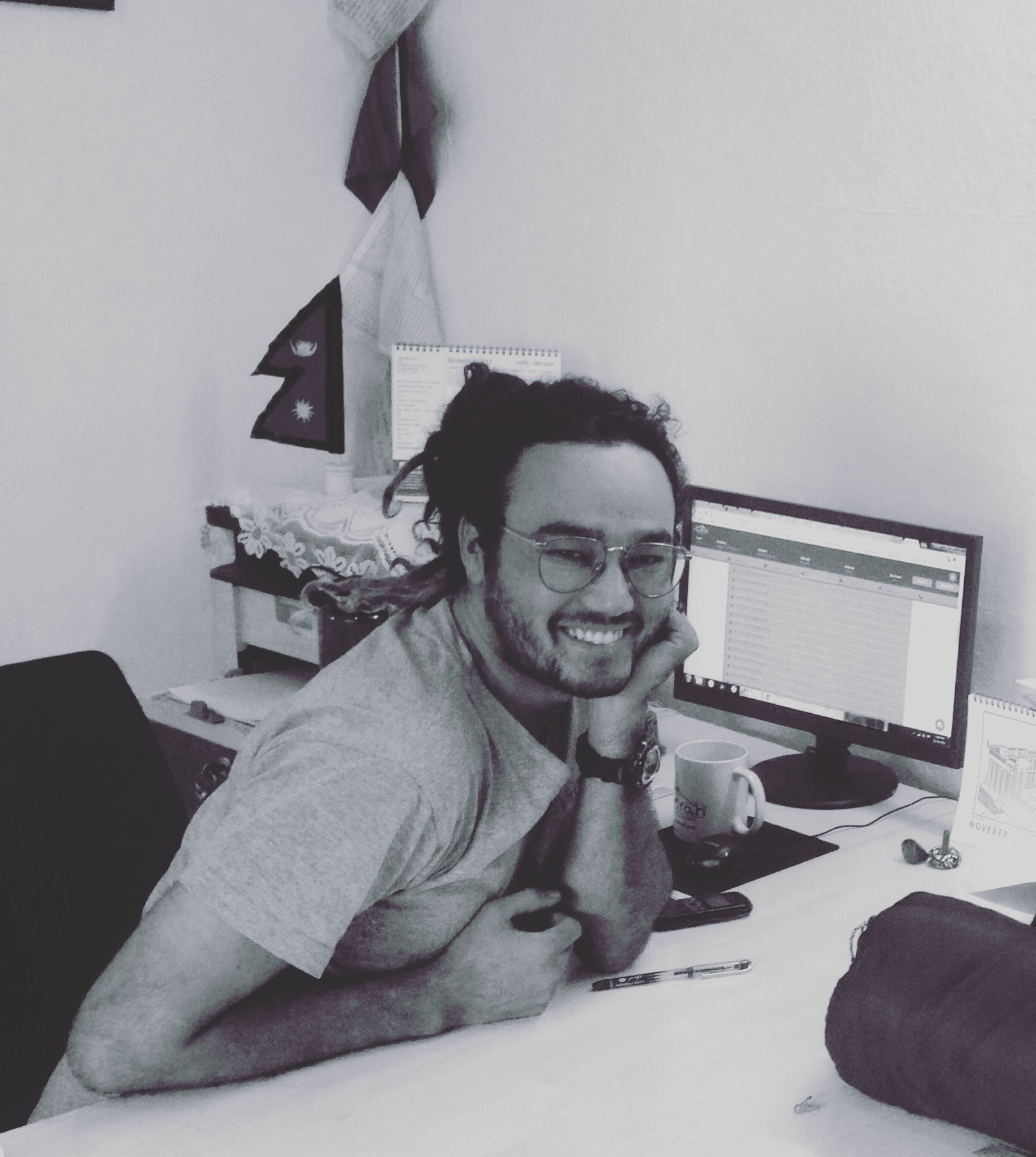 Either you have visited Nepal already nor just planning your trip there you should take the opportunity and read one or a few books about this colourful and diverse country. There are a couple of stories written by Nepalese and translated into English and number of books written by foreign authors, enchanted by Himalaya mountains, culture, tradition, history, religion etc.

Have a look at the selection of nine books, grab one of them and enjoy reading along with a cup of Masala tea (it is a spiced milk tea, a traditional drink in India and Nepal).

They will take you on unforgettable pre-journey into the life of Nepal and, hopefully, awake your wanderlust to travel and discover it with hands-on experience.

Snow leopard will find enthusiasts in both, nature and mountaineering lovers. The book written by novelist Peter Matthessien gives an account of 1973 escapade into the Himalayan region, Dolpo, together with zoologist, Schaller to search for rare species of a big cat, snow leopard. The animal has been known for its uniqueness and beauty and only a few have been lucky enough to meet it face to face. One of them was Schaller, during the trip in 1950, he claimed he has witnessed the appearance of a leopard. Will he see it again while trekking with Matthessien? Let’s keep it as a secret and indulge the moments of mystery through the whole book, combined with picturesque nature descriptions.

Matthiessen's incredible narrative, using metaphors and mysticism, takes readers not only on the journey through snowy peaks of Dolpo but also into more spiritual trip inside self, retrospecting aspects of life and death.

My vertical world is an autobiographic book of Polish mountaineer, Jerzy Kukuczka, who in 1987 become the second man to climb all 14 8-thousands in the world. He ascended all peaks, except Mount Everest, without using the supplemental oxygen.

Kukuczka presents in an interesting and often humorous way the reality of living in post-communist Poland, difficulties in managing the budget and challenges of those times to organise expeditions to far destinations as Nepal or Pakistan.

But primarily the book gives the statement of the inner power of a single man in achieving his dreams. My vertical world takes readers into the mind of a great alpinist, who deeply loved the mountains and showed in his actions that impossible becomes possible. Not only in the mountains, but on every day of his life.

The fact that books about mountaineering are rarely written by women made me choose it as one of the recommended. This book is a great account from the female expedition organised by Arlen Blum in 1978 to summit Annapurna I Base Camp, the tenth highest peak in the world. Both, describing the triumph of the team and the tragedy that happened after ascending the peak. It shows the problems women faced while organising the trip, preparing gears, climbing icy walls of the most deadly mountain, issues related to communication within the team and finally the physical and mental strength.

Annapurna is an extraordinary book about mountaineering, particularly because written from a female perspective. Moreover, Blum's story and skills presented by her team during the trip became a pushing button for appreciating woman's achievements and abilities in many areas such as sport, career or leadership.

The narration is simple and lively, subtly revealing Blum's attitudes, passion and dedication to the mountains.

THE CLIMB. TRAGIC AMBITIONS ON EVEREST

Mountains are incredibly beautiful and addicting, but also impenetrable and dangerous. Yearly they take away many souls, similarly what happened in 1996 while ascending the Mt Everest by three independent expeditions. In The Climb, Anatoli Boukreev, Russian-Kazakhstani mountaineer tells the story of Everest Disaster, when 8 climbers died while descending the Southeast Ridge route. The author gives detailed descriptions of conditions and difficulties he faced while bringing back from the summit members of the teams. Boukreev was personally a very humble person, the book is written in a similar manner. He does not praise himself for his heroic action, rather talks about skills that alpinist uses while placed in this kind of extreme situation.

The Climb is a direct rebuttal of Jon Krakauer's assertions in Into Thin Air book, where he accused Boukreev of not fulfilling his responsibilities as a guide and expedition leader. It is worth to read both books and get to know the statement and perspective of both, Krakauer's and Boukreev's on the 1996 incident. They are true, dramatic and sad stories, but also very touching and showing that climbing the mountains should be done with humility and wisdom.

MY QUEST FOR THE YETI: CONFRONTING THE HIMALAYAS' DEEPEST MYSTERY

Yeti, a legend or real monster? Myth or true story? Yeti, Meh Teh or Abominable Snowman, a folkloric ape-like creature, associated with the Himalaya mountains.

My quest for the Yeti is an unusual read because it doesn’t really try to prove that Yeti has truly existed or exists as a physical creature. But rather it shows how it exists in people's minds as a myth. The author passes through remote villages deep in the Himalayas, interviewing local people and listening to their accounts about Yeti.

Reinhold Messner, a man who climbed as a first one all 14 8000 peaks in the world without the aid of bottled oxygen, has also trekked many remote areas of Nepal, Tibet and North India. After one of his trips, he claimed he has met a strange creature that could be identified as Yeti. Indeed, because of this statement in the early 1980s, he became a target of mockery by media and news in South Asia. In the book, the author explains how he got misled by rare species of bear to be Yeti. He suggests that it could be also the origin of yeti's myth.

Collection of stories about individuals dealing with contentious issues of Nepalese society eg arranged marriages, caste system, homosexuality, mental health problems. Samrat Upadhyay skillfully takes the readers into the reality of Nepal, which often is not easy to imagine, even harder to fully understand by Western people. However, the book gives an excellent picture of norms, rules, mores, cultural and political aspects ruling in Nepal. The author also draws attention to the history, the Maoist regime and its consequences.

Moreover, Upadhyay deliberately applies in his stories the ambiguous ending, which leaves the reader either with reflection or frustration.

Book recommended for those who want to discover and learn a bit more about another culture through fiction.

A detailed book about Kathmandu city, written by an English author, Thomas Bell, who lives in Nepal for over 15 years now.

The book consists of 3 interwinding narrations. The first one follows the history of Kathmandu, second the Maoist revolution and political changes during the last decade in the country. The third narrative reveals Bell's personal life and the process of gradual settling his life in Nepal.

Bell has been spending a great amount of time researching Nepalese culture, history, social issues and economic influences. What you can find in Kathmandu is the effect of years of travelling, discovering, observing and investigating the secret valleys and history of Kathmandu city and its inhabitants.

This is a perfect book for Nepal lovers, history enthusiasts or political followers. Worth to note that written from foreigner's perspective.

THE LIVING GODDESS. A JOURNEY INTO THE HEART OF KATHMANDU

Nepal, only one country in the world, has the tradition of worshipping the Living Goddess, called Kumari or Kumari Devi as part of Hindu and Buddhist religion. You can find more about Kumari Goddess here.

Fascinating topic and the amazing story followed by research and collecting information on Nepalese traditions, culture, rituals and history with the leading theme of worshipping virgin girl as a manifestation of the divine female energy. In the living Goddess Tree also questions the life of Kumari after her Goddess's career. Interviews with ex-Kumaris are a noteworthy part of the book.

WHILE THE GODS WERE SLEEPING

Finally, a book about love and marriage, although not complete with an ending 'they lived happily ever after'. Driven by love Elizabeth Enslin, moves to her husband's small village in Nepal and becomes his wife. However, for a foreigner is not that easy thing, as Nepalese tradition and rules are strict and so different than a Western understanding of the world.

Enslin tells her compelling story of cultural differences, adapting to the local society, heavy role of caste, challenges of marriage life, birth and upbringing of the child according to unfamiliar to her rules. She also takes the reader deep into the life of Nepalese women, their role in the society and the growing desire of empowerment and withdrawn from old and disadvantaging practices towards them.

Absorbing and touching account based on personal experience and observation, not only of others but also an observation of self in unusual life circumstances.

Don’t forget about your Masala tea!