Langtang is less popular compared to other major trekking destinations like Annapurna and Everest. Langtang suffered the most in 2015 earthquake but it is holding on its own. The off- the beaten paths and the marvelous landscapes provide enough reasons for one to visit Langtang. Here are nine reasons why you should choose the Langtang valley trek as your next trekking destination. 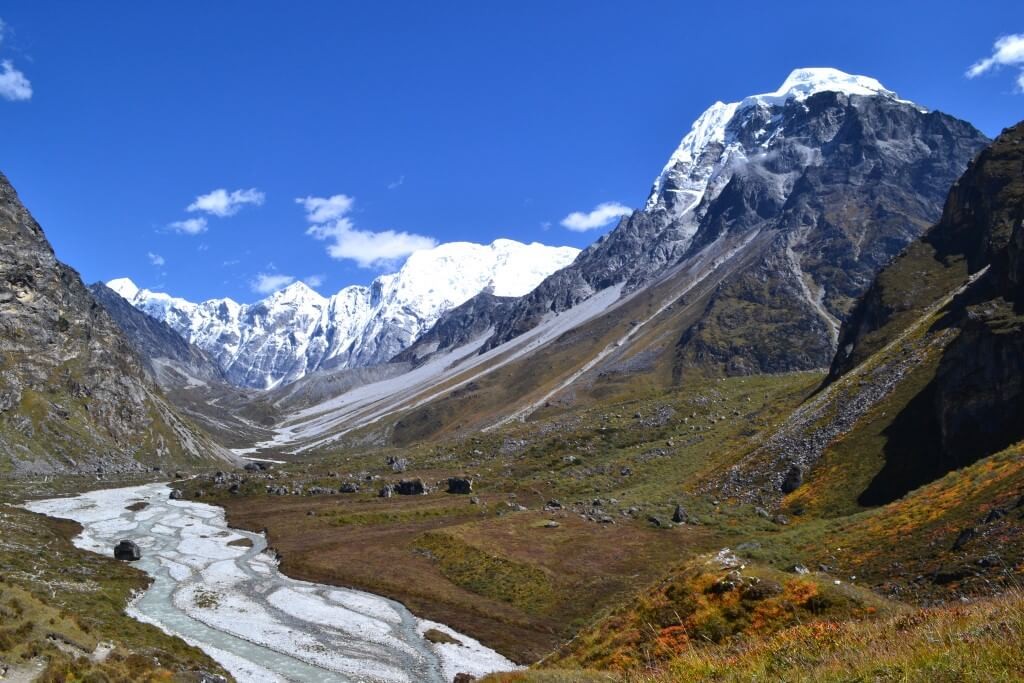 The earthquake in 2015 hit Nepal hard and Langtang suffered the most. Travellers stopped visiting after the quake. However, the earthquake affected only 3% of the total Langtang valley. Trekkers now can observe the resurrection of the valley. Tea houses and hotels are reconstructed with better designs and improved facilities (most importantly hot showers). Visiting Langtang also helps the general population of this town as the travel industry is a crucial part of their livelihood.

The Langtang Valley and Langtang National Park both lie toward the north of Kathmandu. It is only a couple of hours' ride from the capital. Since it is near Kathmandu, reaching Langtang or returning is relatively simpler and quick which makes this district easily accessible.

The Langtang valley trek is the least demanding yet most energizing treks in Nepal. Unlike, numerous treks which go through unpleasant trails, Langtang is an alternative experience. The Langtang Valley Trek just reaches out to 4,984 meters in height at Tserko Ri. The trails might be off-beaten however they a lot simpler to stroll on. As the trek does not request much from a trekker, Langtang Valley trek is reasonable for a wide range of individuals planning to trek, irrespective to their age, sexual orientation, or physical condition. In addition, it is also very suitable for family treks.

Alike other treks in Nepal, Langtang Valley Trek also has great vistas of the Himalayas. Mountain will come in sight from the absolute first day and will simply continue getting better as you draw nearer to the snow-topped mountains. For those looking for a bit more than the easy trail, one can ascent the highest point of Tserko Ri (4984m).

Note that you will require camping for a day and a local guide to reach Tserko Ri.

The Langtang Valley passes through Langtang National park. It flaunts the rich bio-assorted variety of Nepal. The woods are laden with oak trees, bamboos, and rhododendrons.  It is also the home to the most stunning natural life species like Himalayan Black Bear, Himalayan Tahr, Rhesus monkeys, and the Red Pandas. Trekkers, if fortunate, will come across these creatures while walking through the national park.

Langtang valley is densely populated by the Tibetan-relative Tamangs and Sherpas. The trail passes through the Tamang settlements showcasing extraordinary craft, engineering, and conventions. One can observe their unique lifestyle, culture, and traditions while on this route. This piece of the trek investigates the social part of the Langtang Valley where one can get an understanding into the predominantly Buddhist culture in this district.

Langtang Valley is influenced by Buddhism. You will often come across Buddhist milestones, Buddhist religious communities, beautiful chortens( stupa) Mani dividers, and colorful ( Om Mani Padme Hum) banners along the trail. Likewise, one will also get the chance to visit the famous Kyanjin Gompa. Situated in the lower regions of the Langtang Lirung (7227m), Dorje Lakpa (6966m), and Langshisha Ri, the religious community is almost six centuries old.

During the  Langtang Valley Trek, one can choose from tea house cabin and camping. Tea house hotel is basically a medium-term tea house during the stops in your trek. The tea houses provide guests with warm friendliness and available luxuries. Camping is an alternative option. The team individuals will give the trekkers an appropriate outdoor understanding to those interested in camping.

Langtang Valley observes comparatively lesser visitors than Annapurna and Everest. The off-beaten path and less popularity ultimately mean fewer tourists. Langtang is the perfect retreat away from Kathmandu, to nature for those who prefer less crowd and alone time.