Newars, the creators of all those spectacular cultural heritages, are the local inhabitants of Kathmandu valley, living in and around. According to census 2011, the population of Newari people is about 5% of the total population and therefore is the sixth most populous ethnic group of Nepal. They are found residing mainly in Kathmandu, Bhaktapur and Lalitpur area of the Bagmati zone, however, are scattered in mere numbers throughout the country.

If you are in Kathmandu, make sure to spend a day or two in one of the authentic Newari houses, wear the traditional dress, please your taste buds with mouthwatering varieties of cuisines, learn about their unique language, culture, tradition, rituals, practices, and festivals and dance your heart out in the beat of traditional music to make the most of your Nepal Tour. Outside the valley, historical Newar settlements include Nuwakot, Nala, Banepa, Dhulikhel, Panauti, Dolakha, Chitlang, and Bhimphedi. Over the last two centuries, Newars have fanned out of the Kathmandu Valley and established trade centers and settled in various parts of Nepal. Bandipur, Baglung, Silgadhi, and Tansen in west Nepal and Chainpur and Bhojpur in east Nepal contain large Newar populations. They are known as jewelry makers and shopkeepers. Today, they are engaged in modern industry, business, and service sectors. 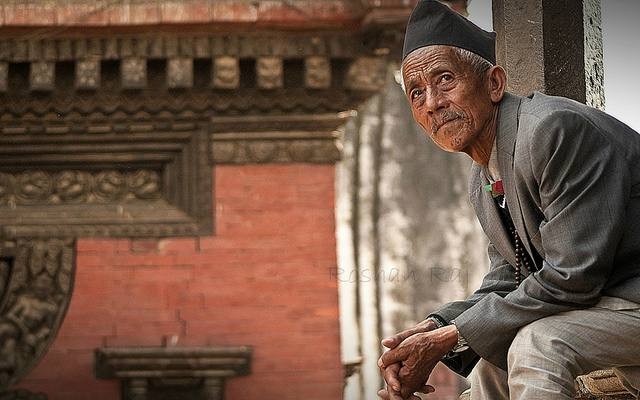 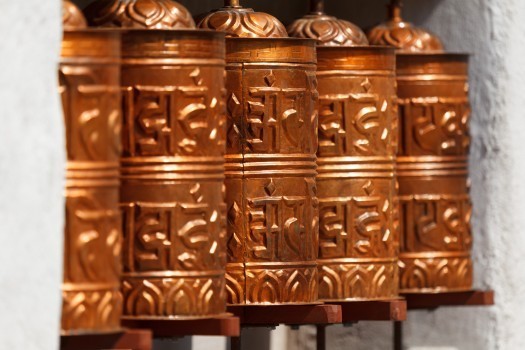 Most of the Newars practice both Hinduism and Buddhism. Out of the three main cities of Bagmati zone, Patan is the city where most of the people follow Buddhism, where four stupas built by the Indian emperor, Ashoka is situated. Bhaktapur is mainly Hindu, whereas, Kathmandu is a combination of both. Nevertheless, both Hindu and Buddhist deities are paid homage to and ceremonies are performed by both religious groups. 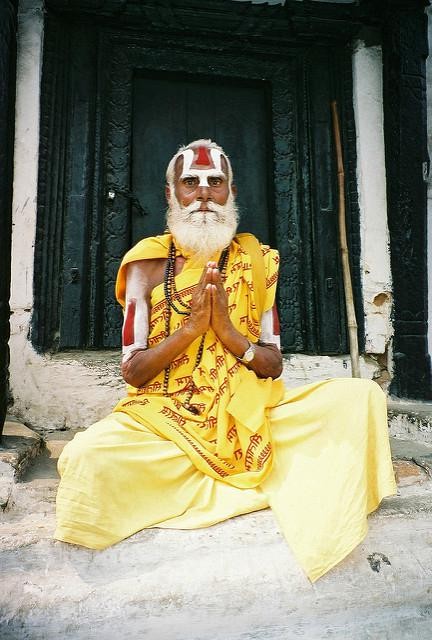 However, for ritual activities, Hindu and Buddhist Newars have their own priests (Rajopadhyaya Brahmins and Vajracharyas respectively) and cultural differences. The most vital holy places in the valley are Swayambhunath (Buddhist) and Pashupatinath (Hindu). Diverse castes worship different goddess on various occasions, and more or less extensively. Whatever the religion, Hindu or Buddhist, the celebration of every ritual is commenced with a worship of Lord Ganesh and every community has its own Ganesh shrine known as Ganesh Than. 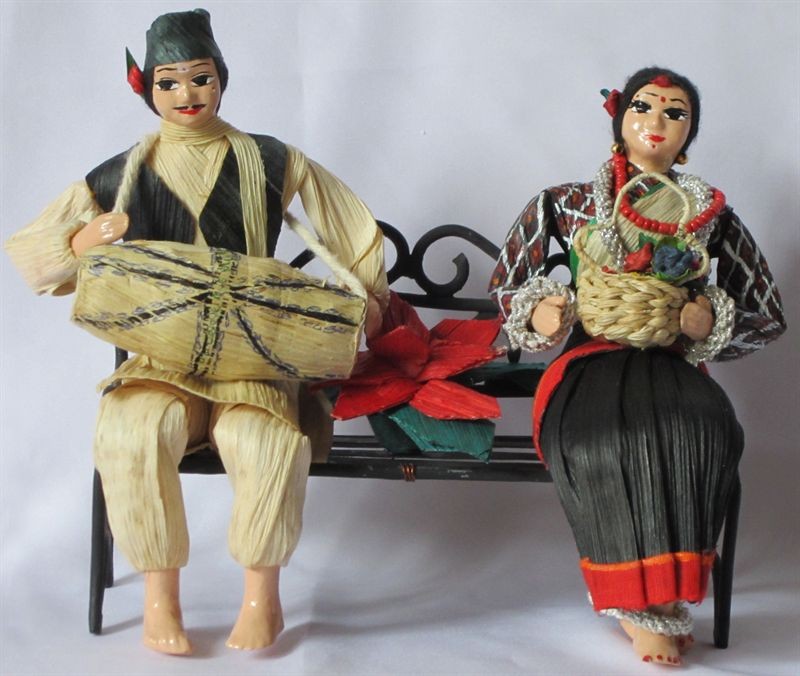 Newars have their own cultural dress. Women wear black cotton saris with a red border known as Haku Patasi or Haku Parsi, a blouse fastened with cloth ties called Misalan and a shawl, Ga, is wrapped around the upper part of the body. Whereas, Men's costume consists of a long shirt called Tapalan and tight-fitting trousers known as Suruwa along with a waistcoat or coat. Today, the attire is worn during special occasions, official functions and festivals while it is still everyday wear for many, among the older generation. The Newars are the creators of most examples of art and architecture in Nepal. Traditional Newar art is basically religious art such as devotional paubha painting, sculpture and metal craftsmanship, which are world-renowned for their exquisite beauty. The earliest dated paubha discovered so far is Vasudhara Mandala which was painted in 1365 AD. The murals on the walls of two, 15th-century monasteries in the former kingdom of Mustang in the Nepal Himalaya provide illustrations of Newar works outside the Kathmandu Valley. Stone sculpture, wood carving, repousse art and metal statues of Buddhist and Hindu deities made by the lost-wax casting process are specimens of Newar artistry. 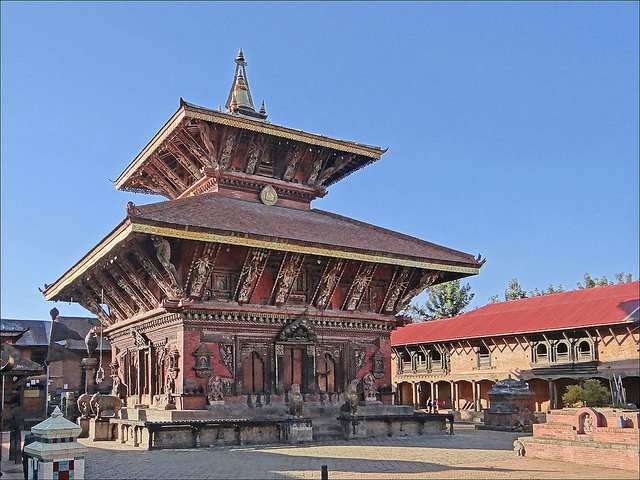 The Peacock Window of Bhaktapur and Desay Madu Jhya of Kathmandu are known for their wood carving. Building elements like the carved Newar window, roof struts on temples and the tympanum of temples and shrine houses exhibit traditional creativity. From as early as the seventh century, visitors have noted the skill of Newar artists and craftsmen who left their influence on the art of Tibet and China. Newars introduced the lost-wax technique into Bhutan and they were commissioned to paint murals on the walls of monasteries there. Sandpainting of a mandala made during festivals and death rituals is another specialty of Newar art. Besides exhibiting a high level of skill in traditional religious art, Newar artists have been at the forefront of introducing Western art style paintings incorporating concepts of lighting and perspective.

There are seven UNESCO World Heritage Sites and 2,500 temples and shrines in the Kathmandu Valley that illustrate the skill and aesthetic sense of Newar artisans. Fine brickwork and woodcarving are the marks of Newar architecture. Residential houses, monastic courtyards known as Baha and bahi, rest houses, temples, stupas, priest houses, and palaces are the various architectural structures found in the valley.

Most of the chief monuments are located in the Durbar Squares of Kathmandu, Lalitpur and Bhaktapur, the old royal palace complexes built between the 12th and 18th centuries. Newa architecture consists of pagoda, the stupa, shikhara, chaitya, etc. The valley's trademark is the multiple-roofed pagoda which may have originated in this area and spread to India, China, Indochina, and Japan. The most famous artisan who influenced stylistic developments in China and Tibet was Arniko, a Newar youth in the 13th century AD. He is known for building the white stupa at the Miaoying Temple in Beijing. Newars were Merchants, craftsmen, artists, potters, weavers, dyers, farmers and therefore are well known for their contribution to culture, art and literature, trade, agriculture, cuisines and many more. Newari culture has ample ceremonies and rituals carried out throughout the year with the same spirit and excitement.

You may also like: Festivals You don't want to miss in Nepal

The Newar dance consists of sacred masked dance, Nyetamaru Ajima, religious dance without the use of masks known as Dyah Pyakhan, a dance performed as part of a ritual and meditation practice known as Chachaa Pyakhan and folk dance. There are also masked dance dramas known as Daboo Pyakhan which enact religious stories to the accompaniment of music. 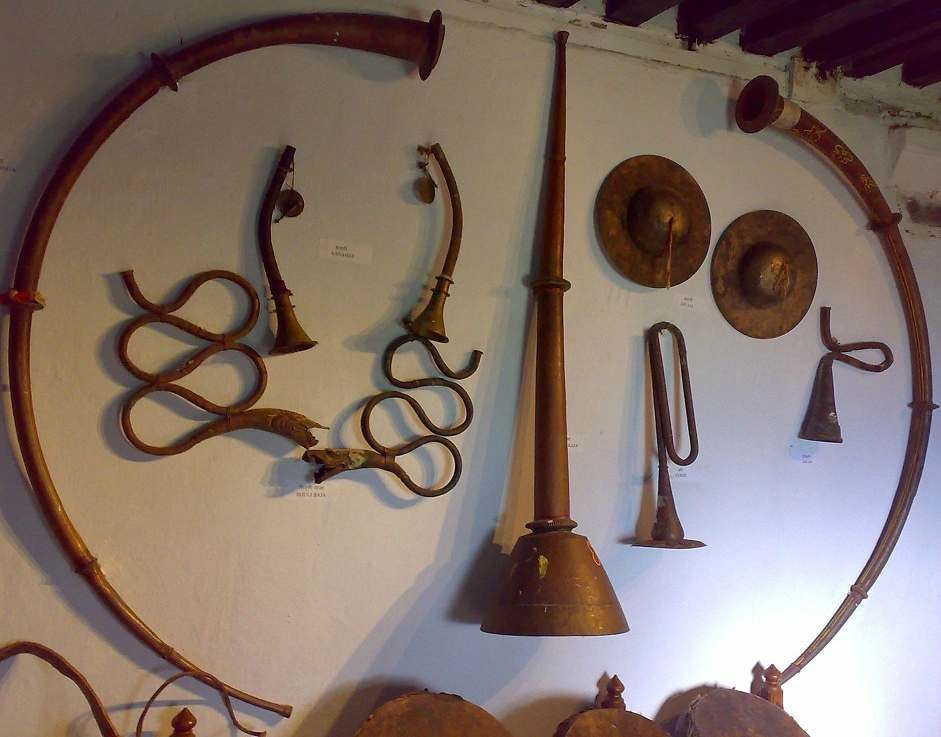 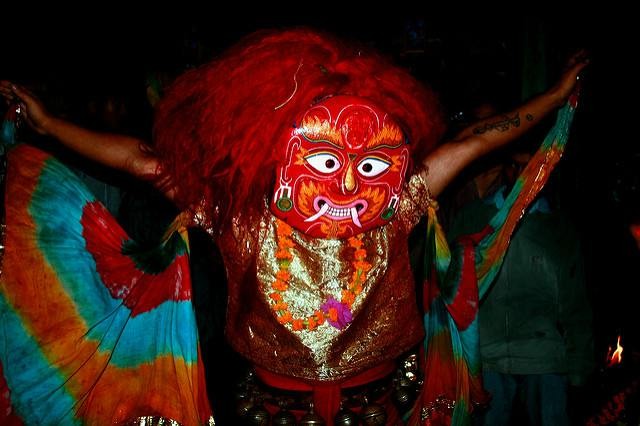 Common percussion instruments consist of the Dhimay, Khin, Naykhin, and Dhaa. Wind instruments such as Bansuri (flute), Payntah (long trumpet), Mwahali (short trumpet), Chhusya, Bhusya, Taa (cymbals), and Gongs are other popular instruments. The use of string instruments is very rare in Newa music. The musical style and musical instruments are used today. Musical bands accompany religious processions in which an idol of a deity is placed in a chariot or portable shrine and taken around the city. Musical performances start with an overture which is a salutation to the gods. Music is also played during wedding processions, life-cycle ceremonies, and funeral processions. 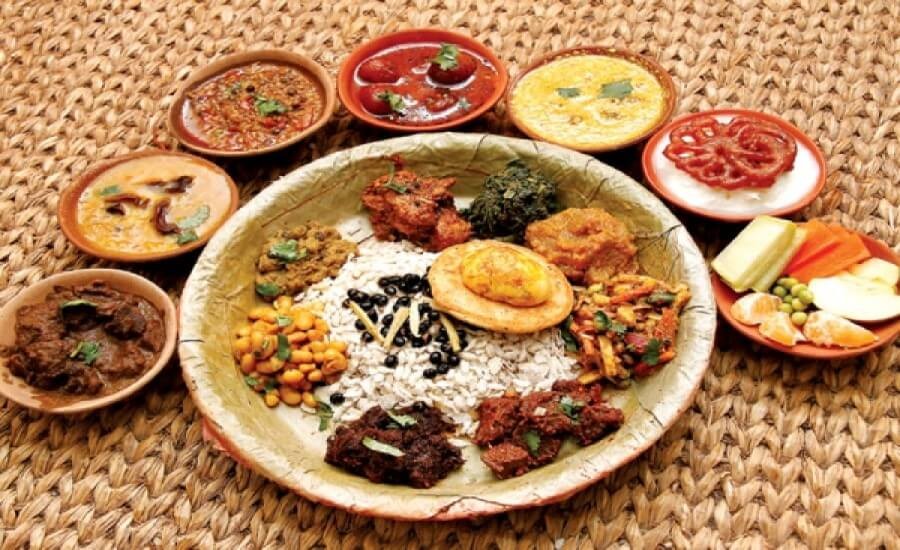 The main occupation of Newari people has been farming since early times which may be the reason why they have numerous varieties of dishes to choose from. Newari cuisine is one of the most delicious foods with intense flavorings that consist of over 200 dishes. It makes wide use of buffalo meat. There are dishes for every edible part of buffalo meat (cooked and uncooked) that includes intestine, stomach, and brain. That's another reason why they are famous. Newari cuisines differ from occasion to occasion, however, Khaja Set (flattened rice with side dishes) is the mandatory dish on every occasion.